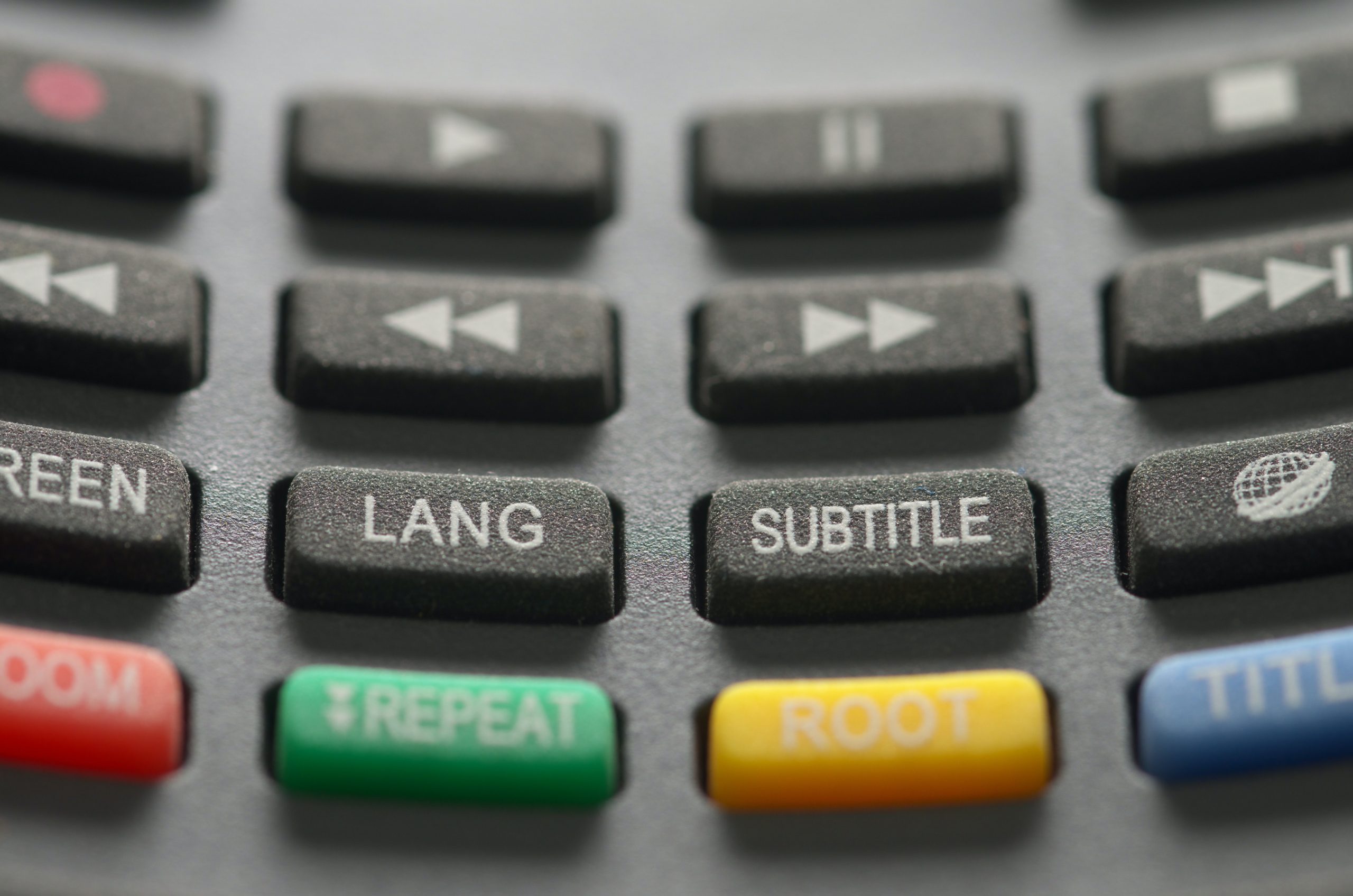 Collaboration with Day Translations. With the increasing popularity of international films and TV series in different languages on major streaming platforms, as well as the demand across industry sectors for multimedia captions in other languages, it’s worth acknowledging the valuable work of translators for subtitles.

Films are not the only pieces of content that require translating: other forms of multimedia content can be workshops, presentations, news reports and so on.

There are so many challenges when translating subtitles, whether it’s actors or speakers in video presentations: first and foremost, the fact that there are limitations in the actual number of characters in each line of text in subtitles. This makes translating from one language to the next even more difficult, because there is not enough space to fit the exact section of the dialogue when taking into account language variations. For movies we need to take into account that there is an element of compromise as the viewer needs to glance at the subtitles quickly and be able to get a general sense of what the actors are saying while still having enough time to follow the action on screen.

Subtitle translators have advanced skills to be able to do their job: on top of translating the text from the original language, they need to summarise the text into the target language and capture the essence of the meaning. Brevity is of the essence: subtitles are displayed only for a few seconds and there is not enough time for the viewer to read a lengthy piece of text.

The main advantage of reading translated subtitles for the viewer is the appreciation of the performances in the original language, which adds a layer of intellectual engagement. For example, watching movies in a foreign language with subtitles can be a good way to learn that language.

As mentioned earlier, the work of translating subtitles is challenging mostly because of the space constraints within the screen. Most languages have some expressions that are not suitable for a literal translation and word length varies with some languages being more verbose than others.

Native speakers reading translated subtitles from their language into another may spot some inconsistencies because the speech needs to be adapted, mostly it’s a simplified version of what is being said, however this is due to the fact that not all the content can squeeze into the allocated screen space. Substitutions are inevitable: if a translated expression normally requires five words, for example, in subtitles you may only have enough space for one or two words. However, without the intervention of translators the original material would not have the chance to be distributed to wider audiences.

See for example this blog post from Day Translations about the Korean TV show Squid Game and what can get lost in translation.

The Work of Subtitle Translators

Subtitle translators can work remotely anywhere in the world. Their job requires having the right qualifications and completing training in the required proprietary subtitling software to create captions in a different language from the original.

Job sites that advertise remote subtitle translation positions include the main requirements such as the type of software to use and the format of the translated file to submit to the client (which normally is an SRT format or SubRip file format).

A key aspect of their work is the ability to summarise content efficiently. This requires having both the necessary language skills and decisions-making skills on how to best adhere to what is being said extrapolating the key points. Having problem-solving skills is definitely an advantage for a translator. Translating subtitles requires having a keen eye for detail and having the ability to maintain the tone of the original conversation in another language.

Subtitle translators also need to follow specific formatting and editing standards that are typical for subtitles. This is because subtitles have to match the pace of the conversation, the space limitations of the screen and agreed formatting. This is a complex subject so for reference here are the BBC guidelines about subtitles. For example, subtitles (before being translated) during a live broadcast are limited to 37 characters.

As many other translating jobs, translating subtitles is highly pressurised. Translators need to deliver translated subtitles with a quick turnaround, particularly in the entertainment industry.

Talking of the entertainment industry, translators are often asked to sign Non Disclosure Agreements before starting a project, for example when the work involves translating subtitles for a film that is not yet available for general release.

Subtitle translators have an important role to play because of their intellectual input. Without it, too many elements of the translation would be left to chance.