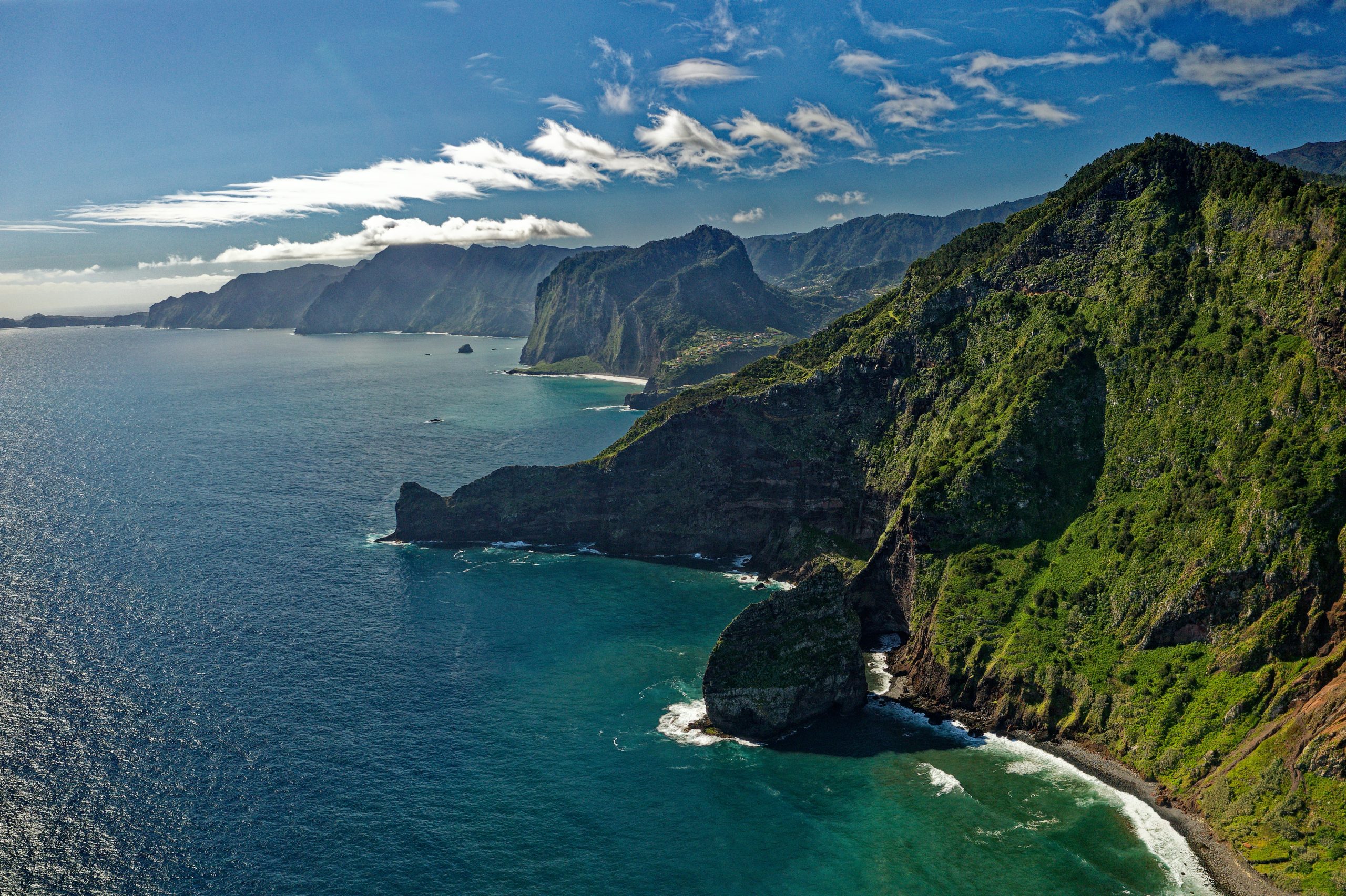 Collaboration with Day Translations. Madeira has started a whole campaign to attract more digital nomads and remote workers. As a destination for entrepreneurs and freelancers, Madeira has plenty to offer.

In recent years Madeira has invested heavily to promote its image internationally in order to become a place where remote working is encouraged. It all started with a pilot scheme launched in 2021 (see related article) and the creation of a dedicated village for digital nomads comprising accommodation and a co-working space, as well as access to various activities and events.

The level of investment from the public sector working in partnership with private companies (many in accommodation) is far-reaching: from a pilot scheme dedicated to digital nomads to ensuring local businesses can serve an international audience.

Madeira is a volcanic island enjoying mild temperatures throughout the year (particularly on the south side of the island) thanks to its geographical position.

Travelling to Madeira is straightforward with many flights from European cities coming into the island.

From golf to surfing, there is so much on offer to digital nomads and remote workers when they need to wind down. For inspiration, Lonely Planet has compiled a list of things to do in Madeira including whale and dolphin watching, hiking, climbing and abseiling, guided tours of volcanic pools and mountain peaks. Food lovers have plenty of choice, too, with several food tasting tours available to discover the unique flavours of this island. It’s because of its natural beauty and a thriving gastronomic scene that Madeira has been a favourite travel destination for a long time.

A knowledge of Portuguese would be a distinct advantage to work in Madeira but English is spoken too, as well as other European languages. It’s worth knowing that the islanders speak a Portuguese dialect as well as Portuguese: this dialect has its roots from early Portuguese settlers in the 15th century. Madeira and the surrounding islands in the Azores archipelago were uninhabited until then.

It is better to be prepared in advance of a planned trip and have something translated into Portuguese: that’s where Day Translations can help.

For example, it can be a good idea to get a whole set of terms and phrases translated to deal with questions you may have while travelling and you may also need some assistance translating emails. There may be instances while dealing with local businesses where you need a translated document.

Remote workers and digital nomads have spent some time in Madeira either running their own business or as employees for international companies. Their presence has had a positive impact on the island’s economy particularly during off-peak season after the summer months.

Madeira is an autonomous region in Portugal with approximately 250,000 inhabitants. The local government of Madeira has a goal to build a sense of community by linking digital nomads and permanent residents to prevent expats from feeling isolated. This includes promoting events such as networking opportunities and group leisure activities, making full use of the island’s expertise in hospitality. It has also encouraged accommodation providers to offer affordable prices.

For those who are looking for shared offices to work from, the capital of Madeira, Funchal, has two co-working spaces and there is free WiFi available in the historic town centre.

While tourism and agriculture are the main industry sectors in Madeira, information technology and financial services make a large proportion of the island’s economy. Just having a look at job sites and searching for the highest paying jobs and roles that are in most demand results in several entries for IT and banking.

While Madeira is not in itself a tax haven it is worth mentioning that it enjoys a special regime that allows a number of tax benefits from mainland Portugal.

For digital nomads who want to experience something new every day, Madeira seems to tick many boxes.